Welcome to Morocco! Arrive at Airport and transfer to your hotel. Depending on your flight details, you may have time to explore your surroundings in the evening. 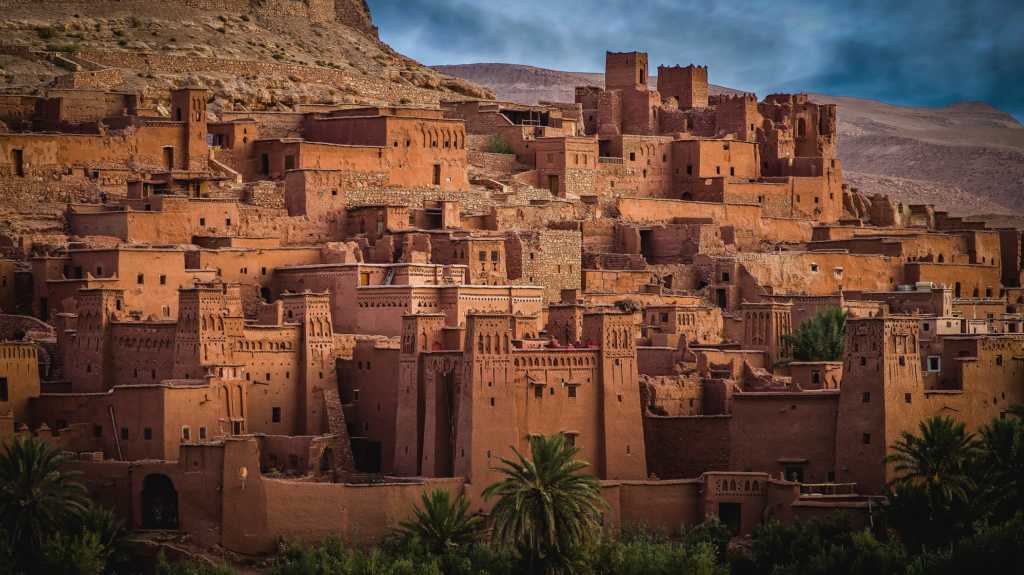 The garden was made in the 1920s by the French painter Jacques Majorelle, with marble pools, raised pathways, banana trees, groves of bamboo, coconut palms and bougainvilleas. Perhaps unsuprisingly as the garden was designed by a painter, the garden is composed and coloured like a painting. 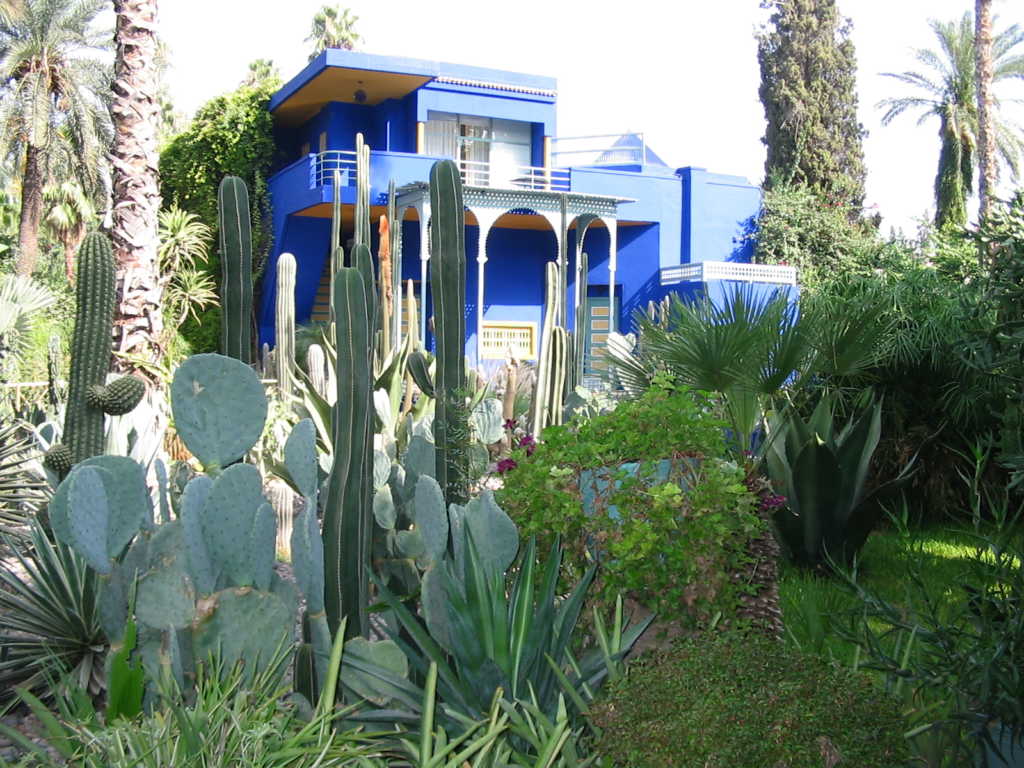 Travel to the village of Ait Benhaddou and then Ouarzazate – Ait Ben Haddou Ksar  – which in this case means a fortified village – dates from the XVII century and is a labyrinth of connected dwellings surrounded by high ramparts and towers. Small steep streets run and twist between the houses. According to Unesco, Ait Ben Haddou is an outstanding example of pre-Saharan earth construction.

Visit to to Todra Gorge and Merzouga, Being stuck between a rock and a hard place is a sublime experience in the Todra Gorge, where a 300m-deep fault splits the orange limestone into a deep ravine at some points just wide enough for a crystal-clear river and single-file trekkers to squeeze through. The road from Tinerhir passes green palmeraies (palm groves) and Berber villages until, 15km along, high walls of pink and grey rock close in around the road. The approach is thrilling, as though the doors of heaven were about to close before you. 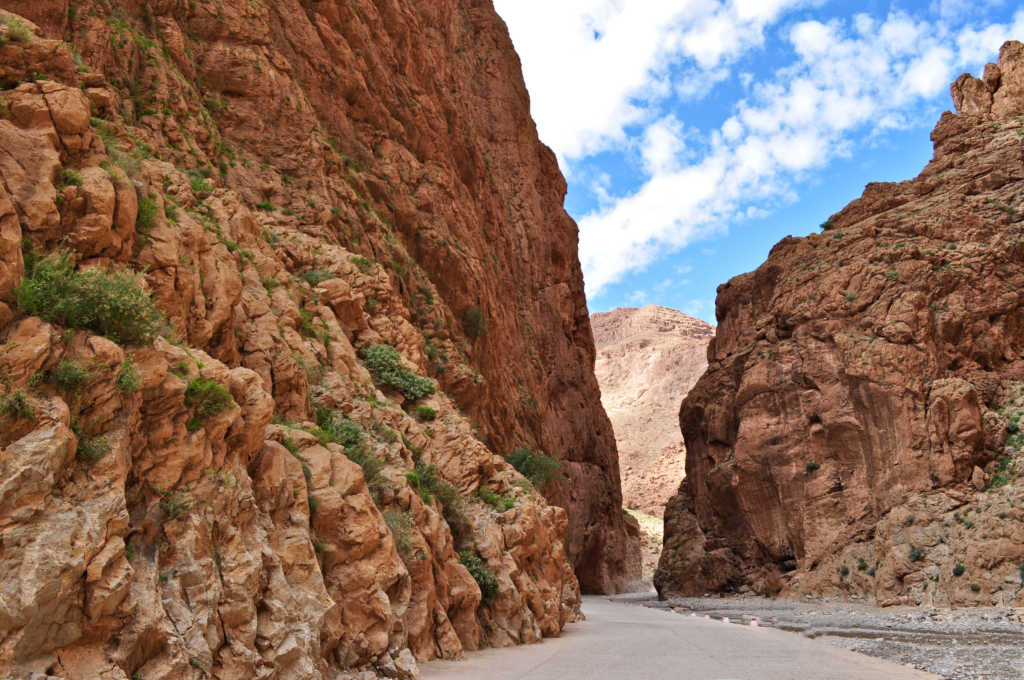 Set out to visit the scenic town of Ifrane , Ifrane Means “Caves”, Ifrane is one of the most touristic place in Morocco. Modern City established in 1928, the Town is a Resort town placed high in the mountains. Then travel onwards to Fes. 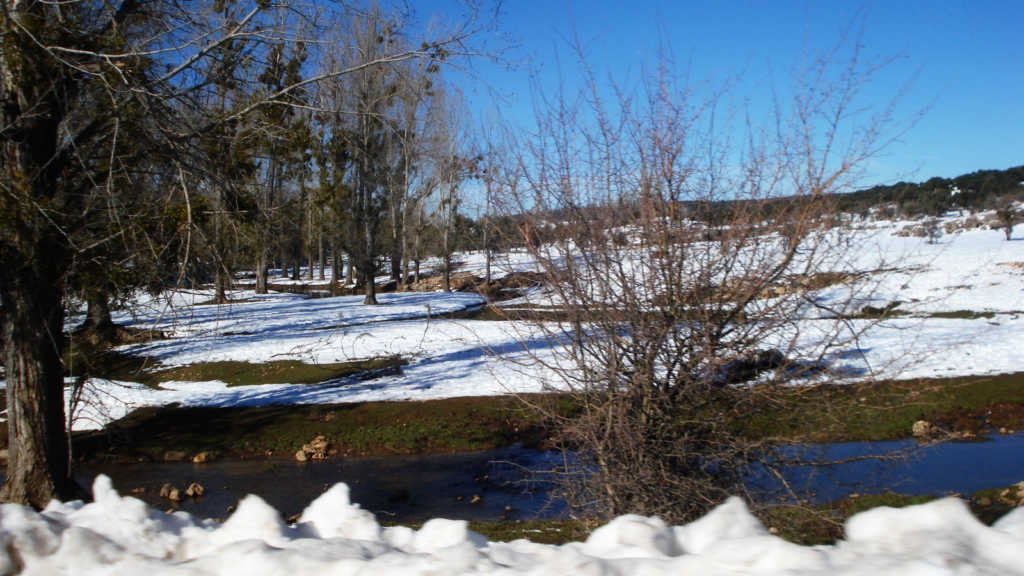 City tour of Fes explores the twisting streets of the old Medina, with shops selling spices, carpets, silver, and more. You’ll see a university dating back to 859, the elegant Najjarine Fountrain, the Batha Museum, the pungent Chouara Tannery, and the blue-tiled Bab Boujloud. Visit the former Jewish Quarter, the gates of the Royal Palace, and an Andalusian-style garden.
Fez’s tanneries are composed of numerous stone vessels filled with a vast range of dyes and various liquids spread out like a tray of watercolors. 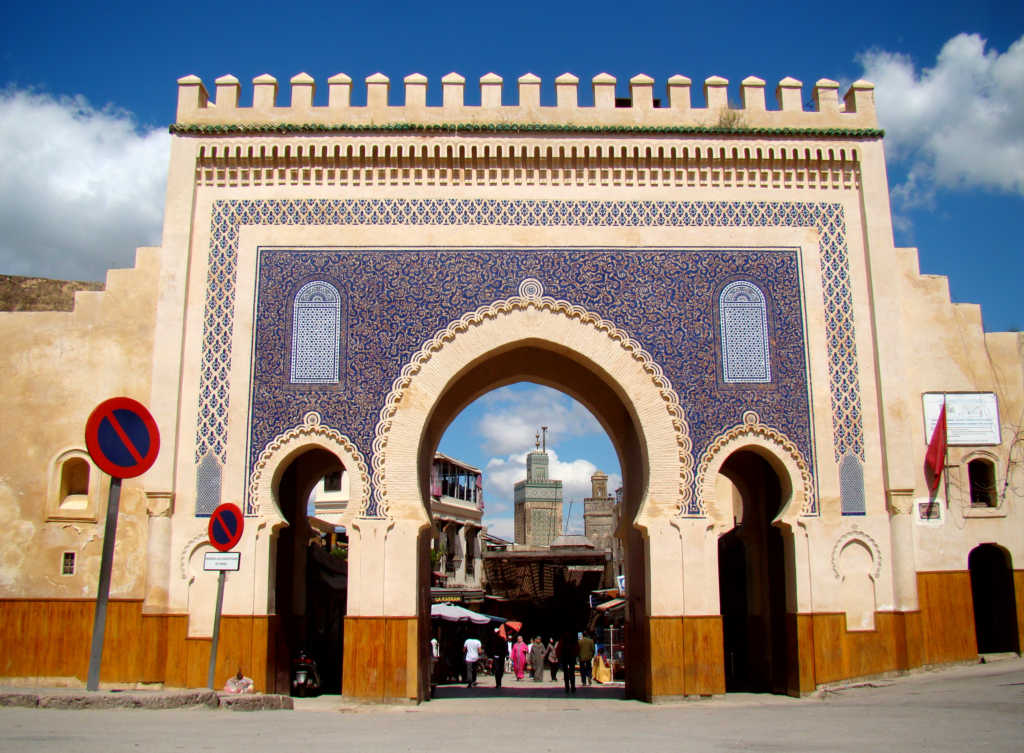 Travel to Moroccos capital – Rabat. Rabat, Morocco’s capital, rests along the shores of the Bouregreg River and the Atlantic Ocean. It’s known for landmarks that speak to its Islamic and French-colonial heritage, including the Kasbah of the Udayas. This Berber-era royal fort is surrounded by formal French-designed gardens and overlooks the ocean. The city’s iconic Hassan Tower, a 12th-century minaret, soars above the ruins of a mosque. Enroute stop at Volubilis to explore the Roman Ruins and visit the imperial city of Meknes. Meknes is a city in northern Morocco. It’s known for its imperial past, with remnants including Bab Mansour, a huge gate with arches and mosaic tiling. The gate leads into the former imperial city. The Mausoleum of Sultan Moulay Ismail, who made the city his capital in the 17th century, has courtyards and fountains. 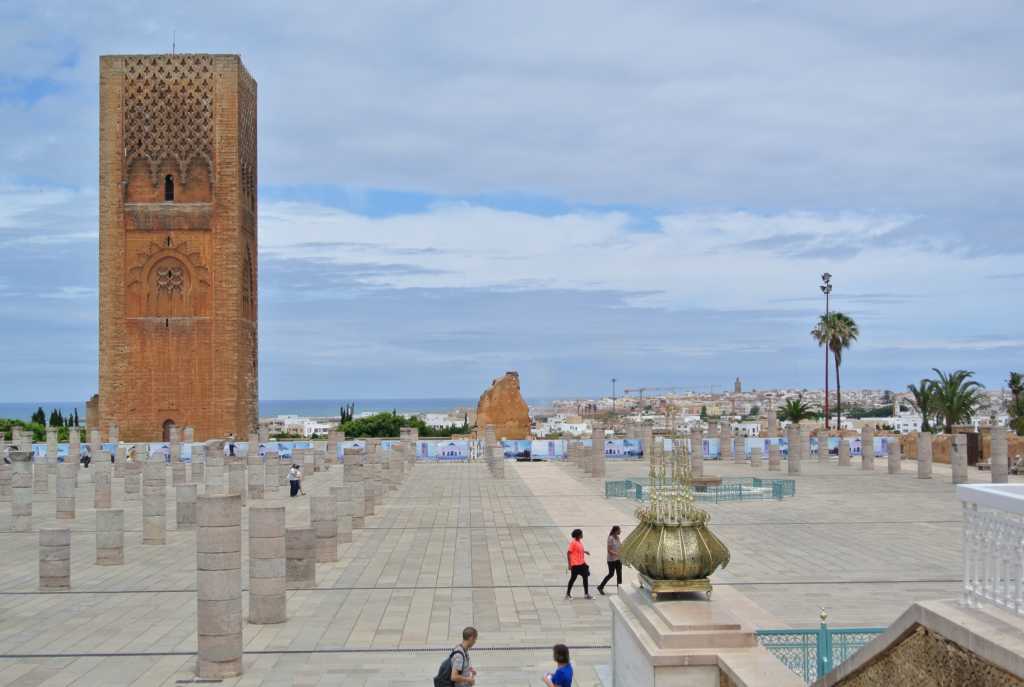 A tour of Rabat including the Mausoleum of Mohammed V. Later travel to Casablanca and then see the Jassan II Mosque Take a stroll along the Boulevard de la Corniche, the beach promenade that follows the Atlantic (often referred to as Morocco’s ‘Miami’) to the Hassan II Mosque.  Take advantage of the timing and watch the sunset behind the architectural marvel. Grab a bite in Rick’s Café, a restaurant, bar, and café recreated to reflect the bar in the movie classic, Casablanca.  Visit Hassan II Mosque. It sits on an outcrop over the Atlantic and has a 690 feet (210 m) minaret—the tallest structure in Morocco and the tallest minaret in the world! It is estimated the courtyard can hold 80,000 worshipers, with room for 25,000 inside. What makes this mosque unique is that it is one of the few mosques in the country non-Muslims can enter. 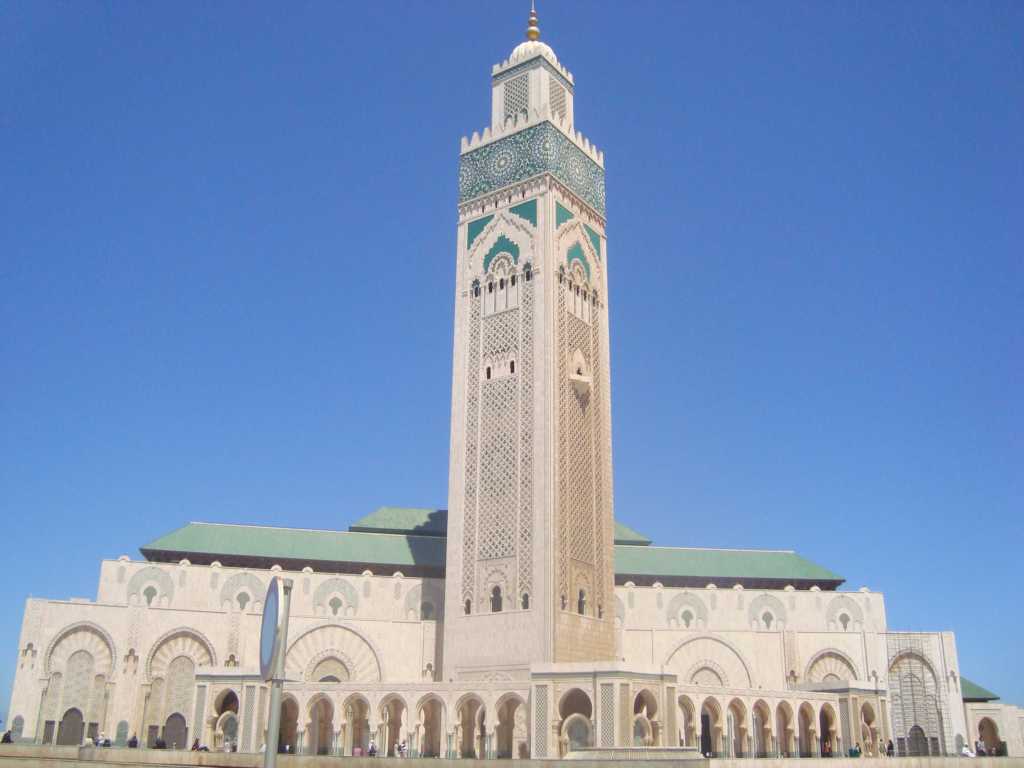 Travel to Essaouira is a port city and resort on Morocco’s Atlantic coast. Its medina (old town) is protected by 18th-century seafront ramparts called the Skala de la Kasbah, which were designed by European engineers. Old brass cannons line the walls, and there are ocean views. Strong “Alizée” trade winds make the city’s crescent beach popular for surfing, windsurfing and kitesurfing. 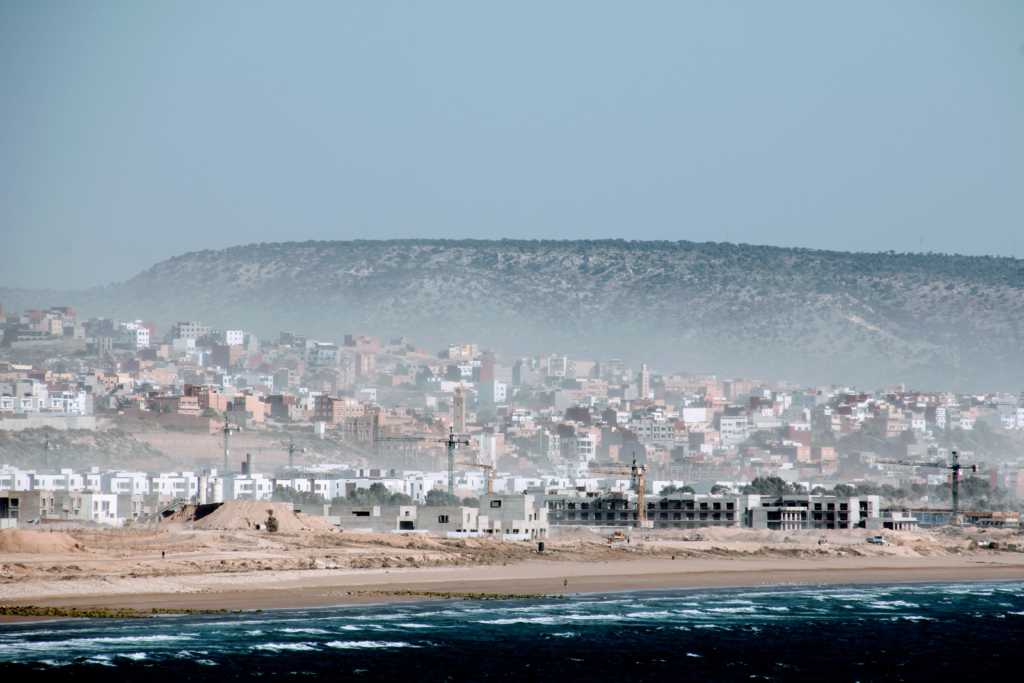 Travel back to Marrakech ranks among the great shopping cities of the world. Indeed, it’s possible to spend several days there doing nothing but shopping and have a splendid time. I have no doubt that some visitors do exactly that. BOUTIQUE MAJORELLE

After Check Out, Head to the airport for your flight back home with the Wonderful Memories on the Tour.