Imagine witnessing some of the best sunsets, rich islands, a culture that’ll never fail to inspire you and some of the most famous ruins the world has ever seen. Greece is the liberating breeze you’re looking for, it is the trip you must not miss! MLMT takes you through Greece, as it should be lived.

Greece remains one of the most exotic locations on the planet even though their economy is sinking.

Greece is nothing less than a paradise on the earth with serene beaches, picturesque locations, amazing landscapes, hauntingly beautiful heritage sites and scintillating nightlife.

MLMT takes you through Greece, as it should be lived.

As such one can visit Greece throughout the year, but the summer holidays usually fall from June to September, which is the peak season. You can expect a lot of tourists visiting during these months. In case you are looking to go on a budget trip, you can visit Greece during March to May or during October and November.

Also, the beaches of the Greek Islands are enjoyed at its best between May and October, when the climate is warm.

A week-long trip to Greece would cost a person around INR 50 to 60k (Without Airfares). The cost also might vary according to the inclusions as well as the extra activities planned.

Indian Citizens can travel to Greece via a 90 Day Visa permit of the Schengen Area. The application can be made online, and the citizen’s Passport should be valid for at least 90 days.

Athens is no less than a Legend in itself. The Metropolis has been inhibited by human civilization for more than 3000 years and can be accepted as the viewpoint of western civilization. All through these years, while Athens as not failed to maintain its cultural uniqueness, it has also thrived to be the most important place of the country and has been technologically advanced. 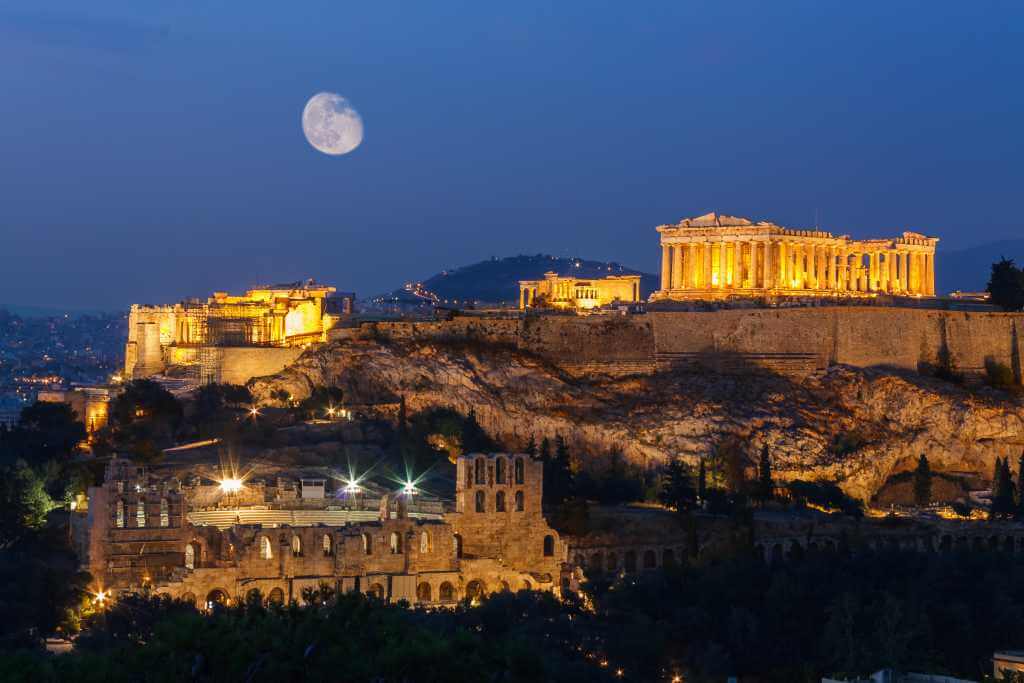 Athens is famous for magnificent Archeological Ruins like The Acropolis, The Parthenon, The Ancient Agora, and the Theatre of Dionysos. A bustling city with exciting culture and a happening Night Life, Athens is everything you’d want a city to be.

Places to stay in Athens:

Greek’s most celebrate and famous Island, Mykonos lies right between the middle of the Cyclades. The Myth here says that Mykonos was formed from the dead bodies of giants killed by Hercules. Also, the island was named after the grandson of Apollo, “Mykonos.”

Set between the perfect balance of glamour and simplicity, Mykonos is a fascinating journey of experiencing rich Traditions, spellbinding Architecture, beautiful Beaches and lip-smacking Food.

Get ready to live the best of Greece with a visit to Mykonos.

Places to stay in Mykonos:

Accommodating more than two million visitors a year, this jewel of an ancient ruin is a fascinating destination in itself. Having a status of a World Heritage Site by UNESCO, the Rhodes Island is equipped with beautiful Architecture made of sandstone, exotic minarets, and palm trees. Rhodes is a perfect Holiday destination with its over-the-top Mediterranean beaches.

One of the best Greek Islands, get ready for scintillating nightlife at Rhode Island.

Places to stay in Rhodes:

One of the largest Greek Island, Crete is a celebrated cosmopolitan with pleasing landscapes, stunning coastline, and rugged mountains. Like any other Greek might, Crete has architectural traces of many centuries that retain its cultural pride. The best part about Crete Island is its wide range of culinary delights that are famous all around the world. 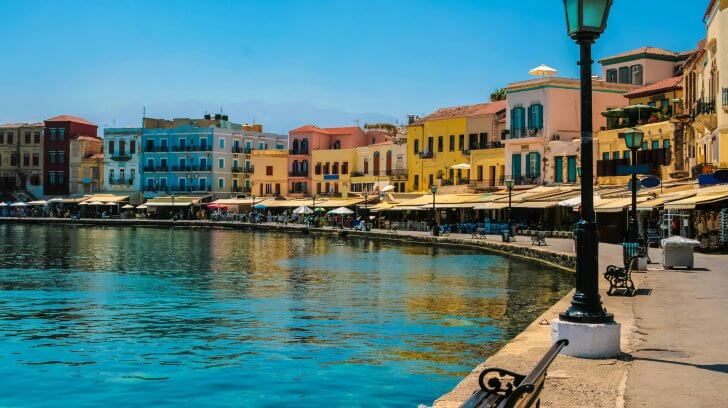 Get ready to be lost at some lovely café near a beach sipping your favorite coffee while reading the book you’ve always wanted to read and hearing the serene beach water calling you up.

Places to stay in Crete:

Undoubtedly the most famous place in the whole of Greece, Santorini has become the symbolic representation of Greece for the world. Picturesque views you would die for, with claims of one of the best sunsets one can ever witness. Santorini welcomes all kinds of travelers; the Honeymooners, The Backpackers, and The cruise travel patrons. 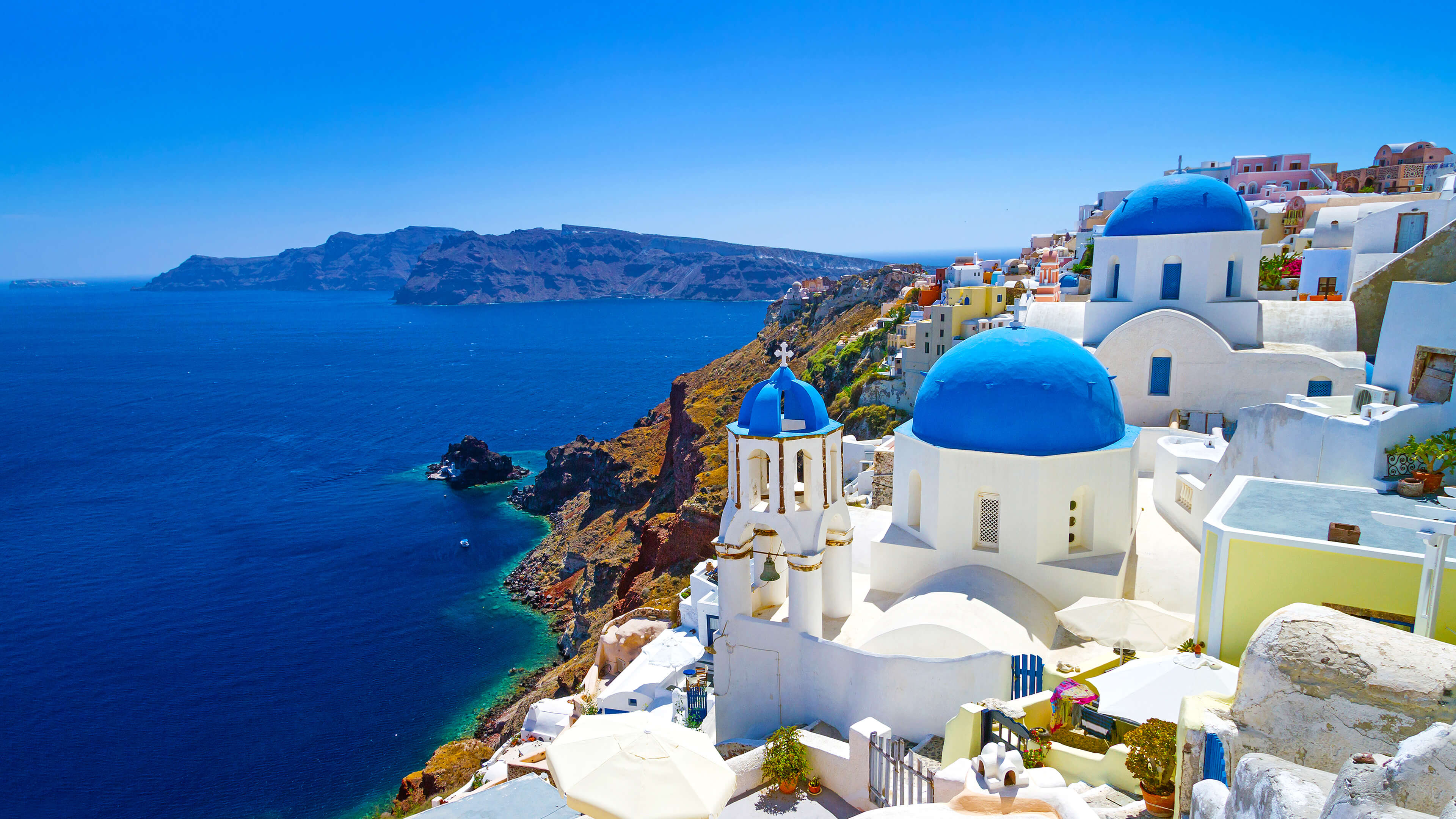 Get ready to be drenched in stunning white and blue of wonder architecture with Santorini. As it is rightly said, a trip to Greece is incomplete without a trip to Santorini.

Places to stay in Santorini:

Athens is one of the world’s most renowned place to visit for taking a plunge into the historic Architecture. The visit to the Acropolis is a must that gives us an insight into the Greek Goddess Athena. From Acropolis, one can walk down to the ancient Agora which was the focal point to all the social activities. Other attractions include Temple of Olympian Zeus, Panathenaic Stadium, and Tower of the Winds

Sailing Trip over the Mediterranean Seas:

If you haven’t ever taken a sail over a sea, Greece is the perfect place to start with it. The experience is undeniably fantastic, and a must do. And the best part? Whatever your budget might be, you are sure to find something that suits your budget!

Proclaimed as the best sunset in the world, usually, people gather around different viewpoints before an hour of the sunset to make sure they witness this romantic saga at peace. Santorini lives up to the postcard-perfect photos you’ve seen on the internet, which have prompted a wanderlust in your mind for Greece in the first place.

A tiny craggy cave located near Karavomilo, Melissani is a unique gem for Greece. Th cave is more than four Kilometers long and has been formed as a result of rock erosion over the centuries. The lake inside the cave was discovered in 1951. The lake has perfect Turquoise blue waters that give you a feeling of elegance and beauty. 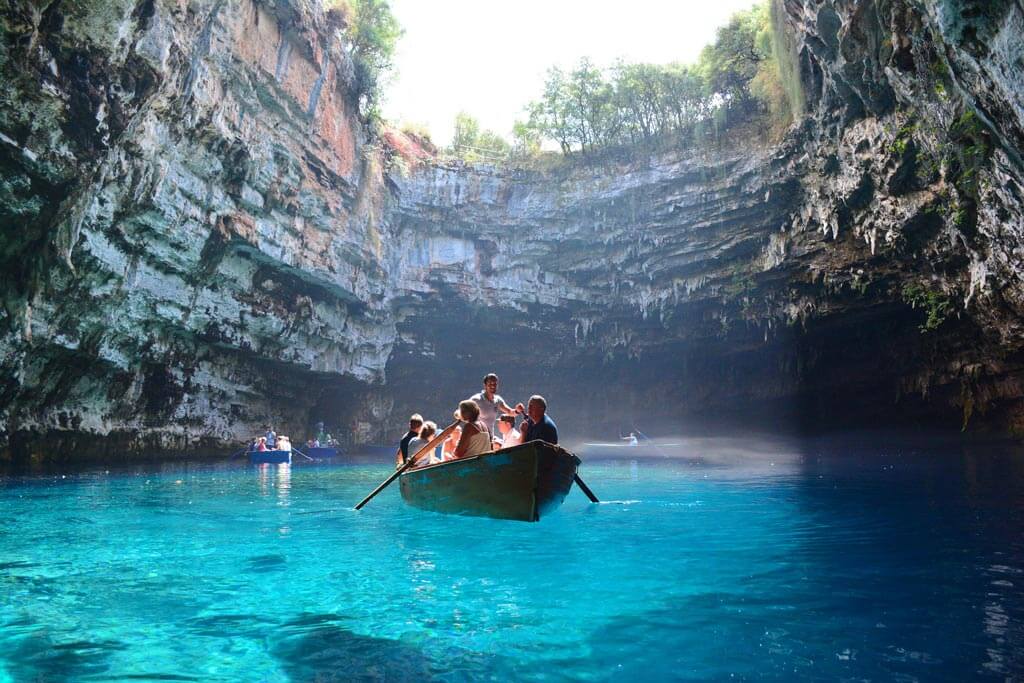 A Visit to Delphi:

A UNESCO World Heritage Site, The Delphi is one of the topmost attractions in Greece. The site pays homage to Apollo, the Greek God of healing, music, light, and prophecy. This Delightful ancient ruin is about a three-hour drive from Athens and is an excellent option for a 1 Day excursion.

Travel smart with these tips

Greece has many reasons to deserve a place in your Bucket List, in spite of the recent Financial crisis that rocked the nation. However, these smart tips would help you enjoy your trip to Greece smoothly.

Take care of your valuables in the City Area:

Due to the recent financial crisis, burglary is on the rise in the main cities like Athens, and it is advisable to keep a sharp watch on your valuables.

Rather than the traditional hotel buffets, one should try and explore the local options to make the most of the world-famous Greek Cuisine. However, one should know that the locals like to eat a bit late into the night.

Most people keep only one Island per holiday, one can actually try and visit different Islands with the Ferry service available and make the most of your Holiday.

Greece can be very expensive and crowded during the summers. One can try and avoid traveling during the peak seasons to enjoy slashed rates and a quiet environment during the off-peak season.

Countries that can be Clubbed Together 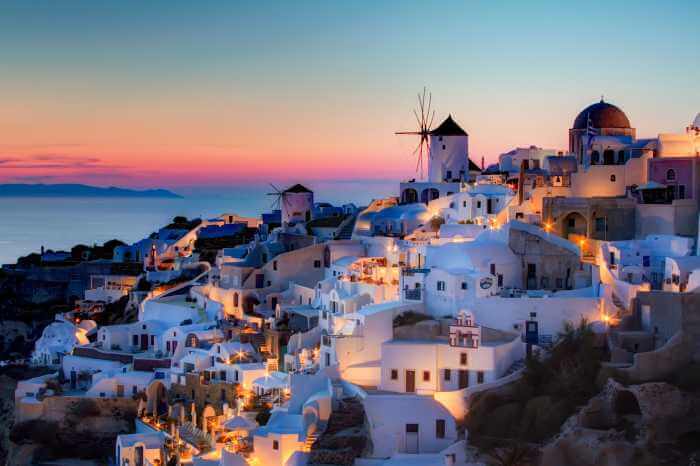 One of the most beautiful place to visit in the world. Greece is a must visit destination.