Czech is a suitcase full of history. There is action, adventure, suspense, conspiracy and everything one would want in a movie. But Czech is not all about history and mullets and eyes with sophistication in it. It is a storehouse of budding culture, and you always have more to see when it comes to Czech.

Here lies Prague. The dream destination of every glam packer. It was that one kid in high school that hit puberty and became the one everyone looks at with slightly open mouths and widened eyes. The medieval gothic destination that transports you to time people wore tunics and drank from goblets. The city ramparts and cobbled walls are an instant aphrodisiac for everyone.

MLMT takes you to one of the top four travel locations in the world. Don’t miss out on this! Dive into this experience and never look back!

Prague gets the most love around the summer months of July and August. The early spring is quite a pleasant time to go. But the Czech timetable cannot be predicted. They have some excellent climate for travel throughout the year! If you don’t mind the chill and want a calmer experience, then the winter months are made for you.

It would take a person visiting the Czech Republic about 60,000 to 70,000 rupees. But a lot of people do not go to only Czech. They go to Prague, and they club it up with Austria and Budapest and so on. These trips tend to be 10-11 days and can go to about a lakh.

Czech Republic is one of the cities that comes under the Schengen area under the EU state. These are countries with the same process of visa approval. You have to submit different documents depending on the employment status. You have to provide your enrolment specifications if you are entering as a student. If you are retired, you have to send your pension statement.

This city is dubbed as the Paris of Czech a lot of times. It has now been reinstated by the widespread view as one of the best vacation destinations of all time. This city fought out of communism and made a place for itself amongst the big cats like Amsterdam, Rome, and London. Their art is a language of its own. It may not have the same recognition the Louvre has, but it has a life of its own. 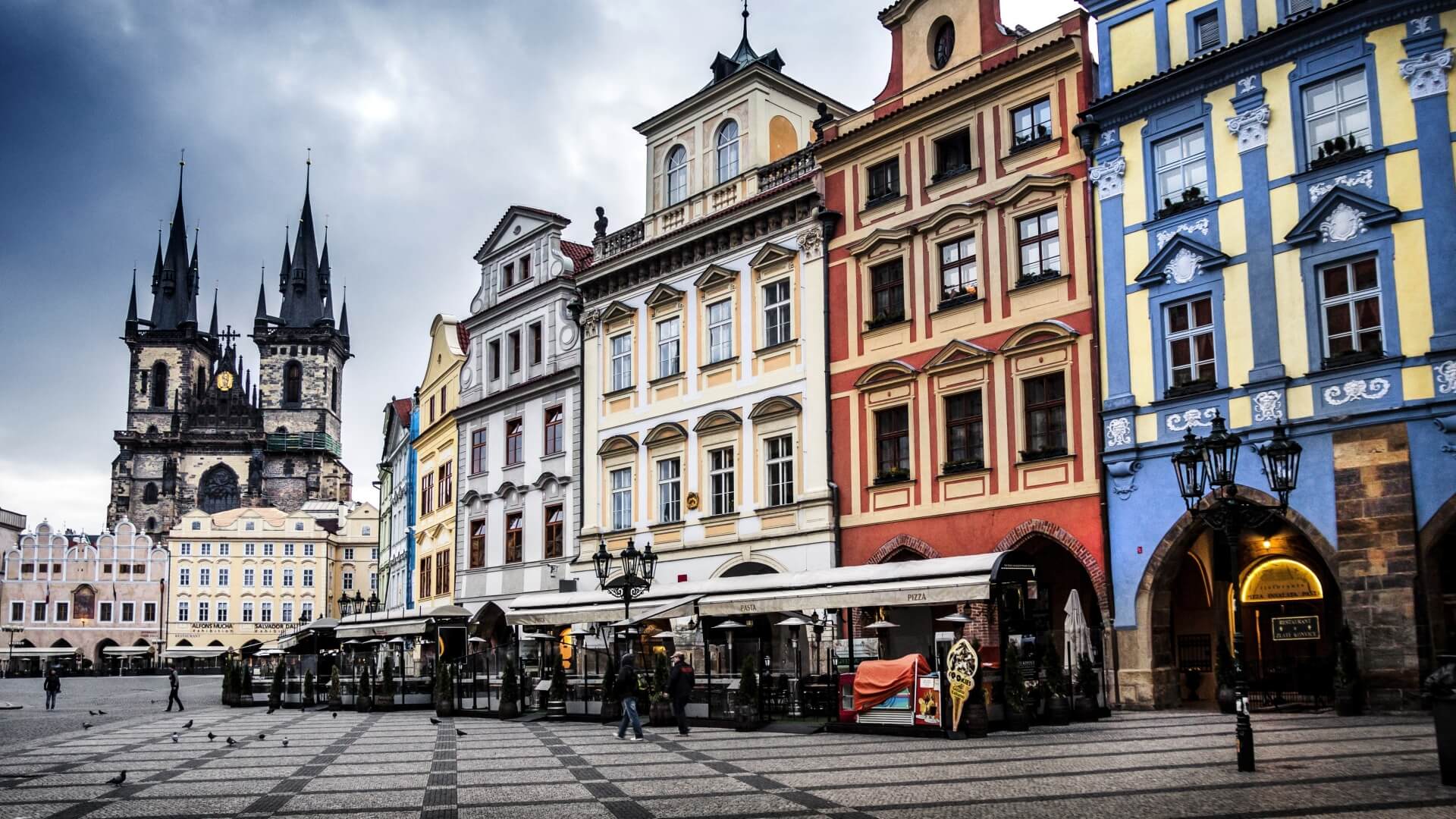 The people here claim to have the best beer in Europe, and that topic is always up for discussion. But it definitely is some good beer. Prague, with its narrow winding streets and hidden cafes, is all the wanderer in your needs.

Best Places to stay in Prague

The perception of this city will always be a bland lump plate of noodles. Everyone perceives Brno as a place where there is entirely nothing to do. Everyone gets a weird face while talking about it. But they couldn’t be more wrong. It has a lot of life in it and is one of the best experimental centers in Czech. There are a lot of museums and microbreweries too. It is the hidden corner of Czech. You have to have the right kind of eye to appreciate a city like Brno.

Best Places to stay in Brno

Ah! One of the most tranquil, picturesque towns in all of Bohemia. It has a beauty that cannot be bottled. It is a UNESCO World Heritage site. There is a castle atop the peaks that flows along the river. This place is pure gold in the winters when all the tourists go away, and there is only you, and your snow peaked mountains. 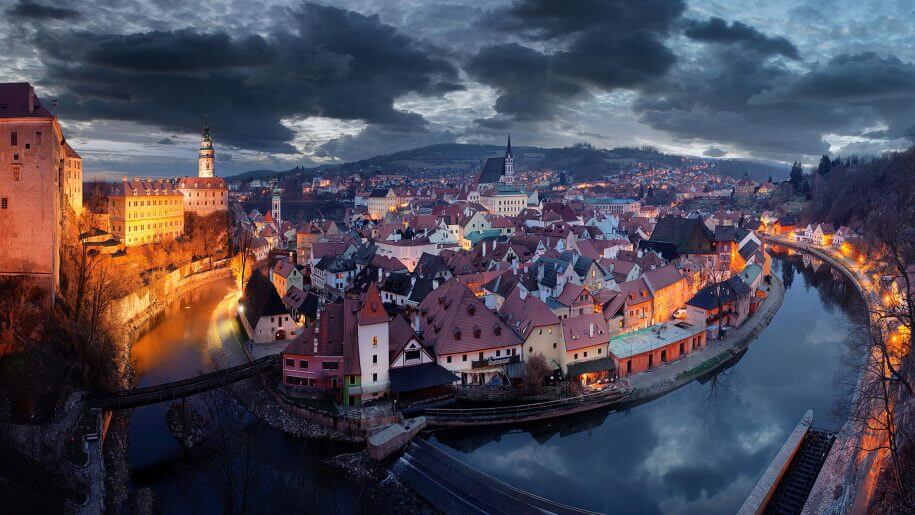 Cesky is considered the best weekend getaway around Prague, and you can spend your days on your bike in the woods.

The sleepy city of Olomouc is barely known outside Czech and even a meh for people in Czech. There are a few great things about it, but it is mostly a long-forgotten town. The town square is beautiful and often said to be the best in the country. There is a column in the main square that has been blessed by UNESCO.

The city has a long history with the Catholic churches, and hence that is the must visit in Olomouc. A bonus is the thousands of students that attend college here.

Best Places to stay in Olomouc:

Top Experiences in the Czech Republic

There is an astronomical clock in a square in Prague. It puts up an hourly show that shows different versions of time. A skeleton rings the bell, and there’s an elaborate activity that happens, and then the clock shows the time. A lot of people do not think it lives up to the hype, but it is still fun to watch. Just keep yourself updated of when it will be on repair.

Prague is the city of winding staircases and the tallest towers. They all exude an air of mystery and beauty. There is no better place to view Prague from. There are many towers all scattered here and there. A tower located at the end of Charles bridge, the closest to Mala Strana shows your Prague like never before.

When John Lennon was killed in 1980, this wall came up. People covered it with memorial graffiti overnight. Every night the police would paint over, and it would show up every day. John Lennon was a great inspiration to people throughout the communist rule and hence this became a symbol of freedom.

This is the most delicious snack found on the streets of Prague. It is a lot like a cinnamon roll. It is a dough that is wrapped around a pole and then grilled and topped with cinnamon and sugar sprinkles. Walk around the beautiful cathedrals and towers with one of these, and you will want to live there forever. 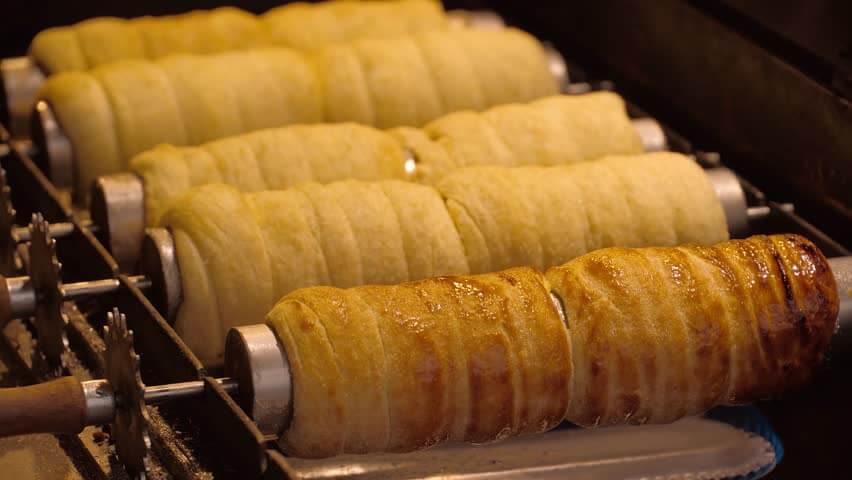 The first thing on your to-do list as you get out of the airport in Prague is to buy yourself a transport ticket. This single ticket will let you take any public transport and commune all over the city. The public transportation here tends to be open for business 24/7.

The crime rates of violence are quite low in the Czech Republic. You will find people walking around at any godly hours. You should be in check of your wallets in the public transport though. Make sure you see a company name and nameplate when you flag a cab. This vouches for their credibility.

The land of castles, Prague will have you open-mouthed for the days to come. Do not miss out on visiting these. In the winters a lot of these castles keep their doors shut to visitors, but the Prague Castle remains open. You might have to stand in long queues to get in.

Prague starts its night after everything is said and done. So, unless you want to start your night alone, you should go around the bars at about 10 pm. The nights are long enough and wild enough to go around till 3 am.

This is a huge pull point for a lot of people. There a lot of these spas and baths all around Czech. These natural springs tend to be more on the side of Bohemia. Most people head to Karlovy Vary.