Welcome to the Eastern European Delights tour. Welcome to the city of Prague. Proceed to the Hotel for the Check-in. Spend some time in and around the city. Try out some local cuisines and picturesque monuments for some amazing snaps for the tour. Overnight shall be in Prague. 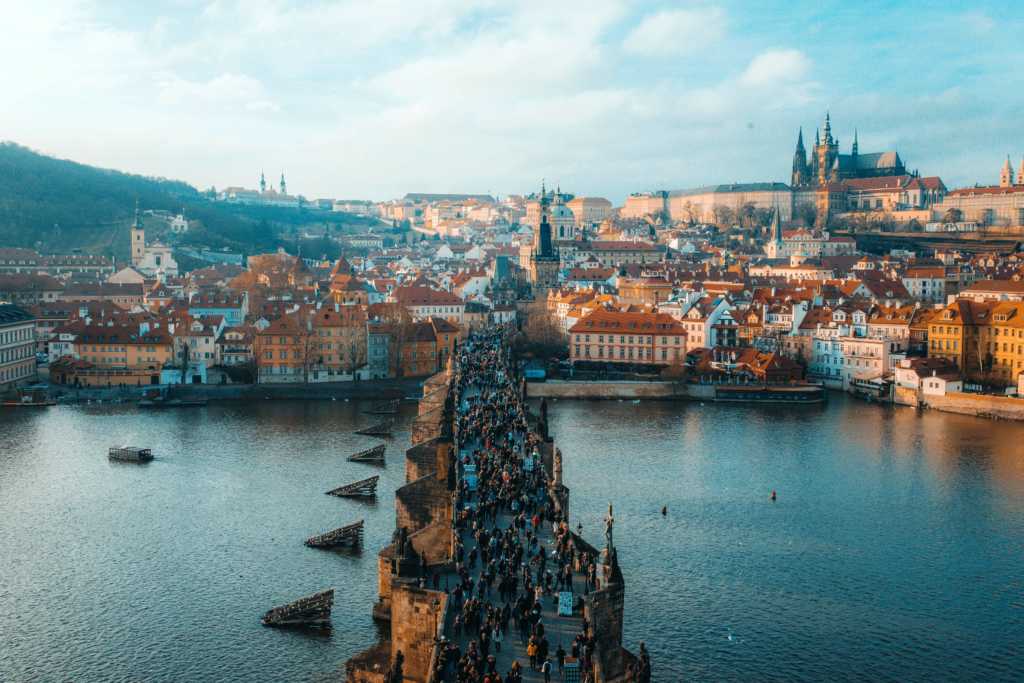 After Breakfast, today we shall have a grand tour of Prague. We start with must-see attractions such as the State Opera, the National Museum, Wenceslas Square, Charles Square. Head up to the Castle District and enjoy a guided walk around the area’s most iconic landmarks. Stroll towards the Matthias Church and the Fishermen’s Bastion where you can contemplate unforgettable views over Prague. You can also take the opportunity to see St. Vitus Cathedral, with its grand Gothic architecture, dynamic net-vaulted ceilings, intricate sculptures and stone carvings. Hop on the bus and be taken across the River Vltava to the Old Town Square, with its unique atmosphere and enchanting array of historical edifices displaying many architectural styles, from gothic to baroque. Marvel at the medieval Astronomical Clock, famously known for The Walk of the Apostles and the Figure of Death striking every hour. By the evening, have an scrumptious Dinner. Our Dinner would be on  mini cruise over the River Vlatava. Overnight shall be in Prague.

After Breakfast, Start the tour with a comfortable bus ride to the beautiful and historic Castle Hill area where you will continue the rest of the tour on foot. Covering a vast area of over seven hectares this is more than just any ordinary castle. A labyrinth of palaces, churches, monasteries, museums, fortifications and watch towers await your curiosity. Step into the magnificent Royal Palace and gaze in wonder at the beautiful high vaulted ceilings of the Vladislav Hall. Learn how knights would come down the Rider’s Staircase on horseback to compete in indoor jousting tournaments before visiting the other impressive rooms. Continue on to perhaps the most emblematic of the buildings within the complex, St. Vitus Cathedral. This stunning gothic masterpiece was built in the 14th century and has witnessed the coronations of the Czech monarchs as well as their burials. Next we see St. George’s Basilica, a fine example of a Romanesque church. Its colourful 17th century facade belies the fact that this is one of the oldest buildings within the castle complex. As you amble down Golden Lane, take in the quaint charm of the artisans’ cottages and learn about the trades of the goldsmiths and craftsmen who lived here. Head on through the Lesser Town ending up on romantic Charles Bridge to take some spectacular panoramic shots. Overnight shall be in Prague.

After Breakfast, we check out from the Hotel. We proceed to the Railway Station of Prague. Board the Train to Vienna. It takes around 04 Hours to travel by the train to the destination. Arrive at Vienna. Proceed to the Hotel for the check-in. Freshen-up and later are we headed to the Austrian Dinner Show. Embark on a musical journey from the mountains of Tyrol, the lovely lakes of the Salzkammergut, and from the romantic Danube Valley to the Rathauskeller in the heart of Habsburg Vienna. Dine while enjoying traditional folk tunes and dazzling dances, a spirited Alpine Ländler, romantic arias from Salzburg and waltzes and operettas from Vienna. Expect to hear such all-time classics as the Edelweiss from the Sound of Music and the Merry Widow as well as the greatest Waltz of all time, the Blue Danube, performed by a ballet ensemble. A delicious three-course menu will be served , with a starter of smoked ham terrine, a main of Viennese rump steak with served with roast potatoes and pickled gherkin followed by dessert of emperor’s fluffy soufflé with stewed plums. Overnight shall be in Vienna. 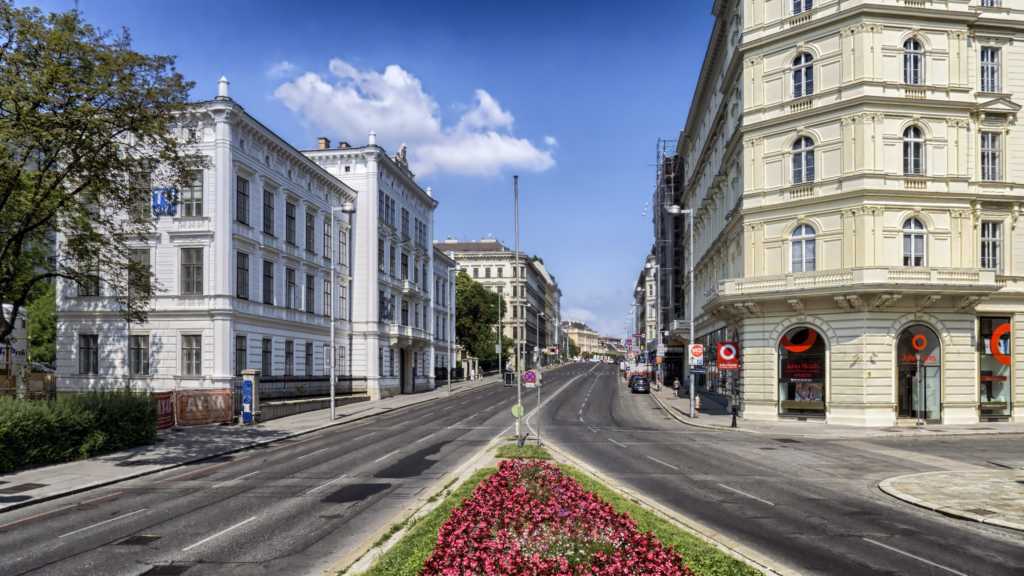 After Breakfast, we proceed to the city tour of Vienna. Take a panoramic bus tour along the famous Ringstrasse, the monumental boulevard, and admire the astonishing assembly of palaces, ministries, churches and opera houses that flank it. Behold the impressive Vienna State Opera, home to the world famous Opera Ball and continue the tour to marvel at the imperial winter residence, Hofburg Palace. See buildings such as the Museum of Art History, the glorious Gothic revival-style City Hall, the neo-classical Austrian Parliament, the brilliant Burgtheater, the Museum of Natural history and many more outstanding architectural gems. The highlight of the tour is the visit to the Schoenbrunn Palace, a 1,441 room Baroque palace outside of the old town. It was here that the emperors would while away their summers, hunting, fishing and partying. Beat the queues and head straight in to admire the opulent state rooms and gain an insight into lavish imperial life. Take time to stroll through the equally impressive gardens and you can take a break with a Viennese coffee. Overnight shall be in Vienna 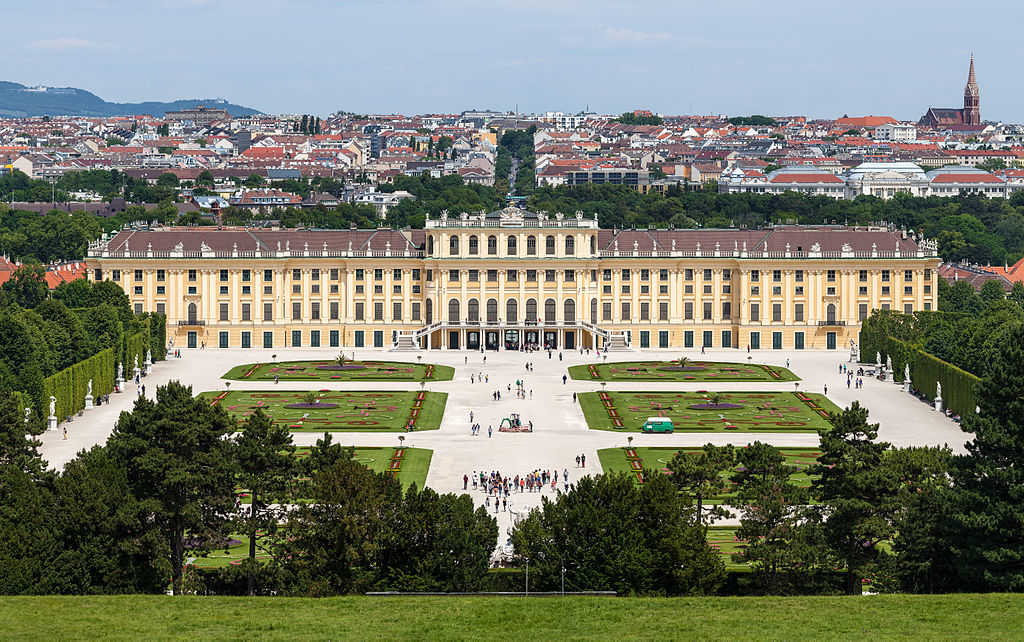 After Breakfast, we check out and proceed to the Vienna or Wein Railway Station. We board our train from here to Salzburg. The journey takes around 02 Hours of travel time. Have some time spent as leisure in and around the city of Salzburg. Try out some Austrian Cuisines that could give you some Swiss essence into flavors or spend some time shopping or snapping around the city. Overnight shall be in Salzburg 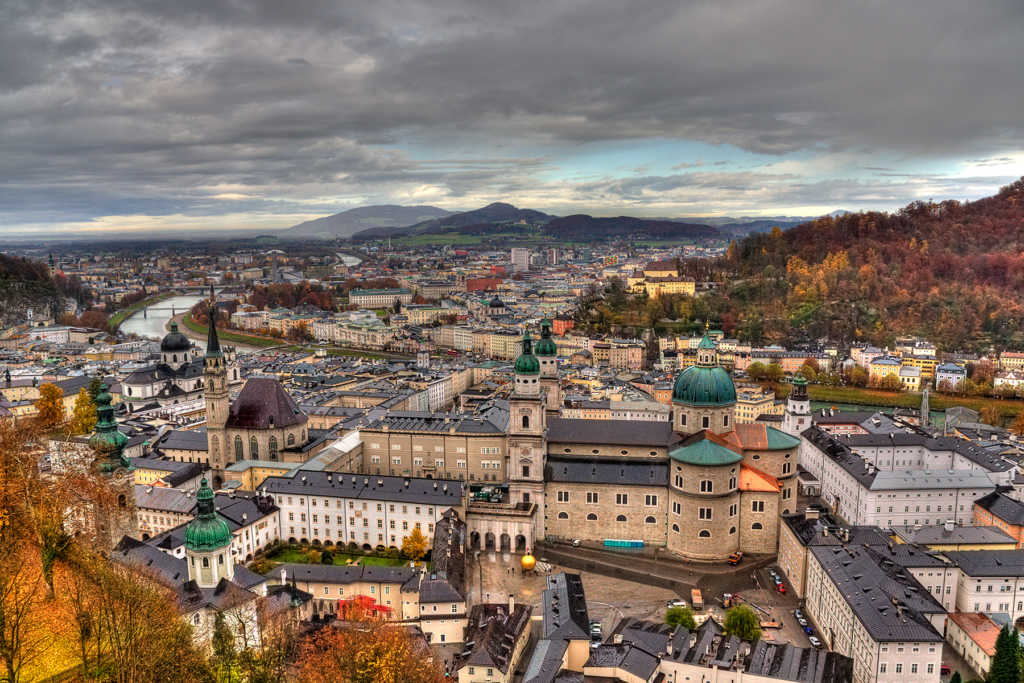 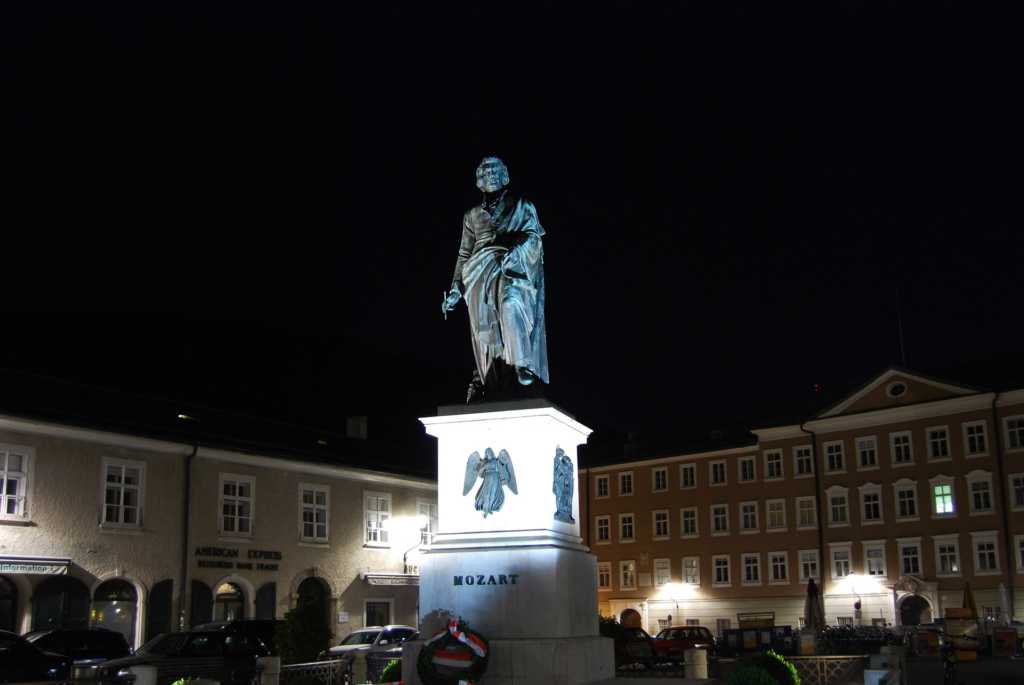 After Breakfast, After meeting your guide in Salzburg we head out on a picturesque journey to the‘Pearl of Salzkammergut’, Hallstatt, passing through quaint local villages on the way. On arrival in Hallstat’s hard to know where to start, baroque-style homes scattered along the waterfront with mountain peaks reflecting in the water make this an experience in nature you won’t forget. Take a mountain train ride up to the entrance of the world’s oldest salt mine for views over Hallstatt and to learn about its 7,000 year history of salt mining. Enjoy a leisurely lakeside walk to see houses clinging on to the mountain-side on your way to Muhlbach Waterfall. Visit the local museum to learn all about Hallstatt, and a must-see is the Bone House behind the Catholic church for an insight into local family life. Finish the tour travelling back via Abtenau and Russbach to Gosau Lake, famous for its beautiful views over the Dachtsein Mountains for a picture-postcard ending to our tour. We head back to Salzburg. Overnight in Salzburg 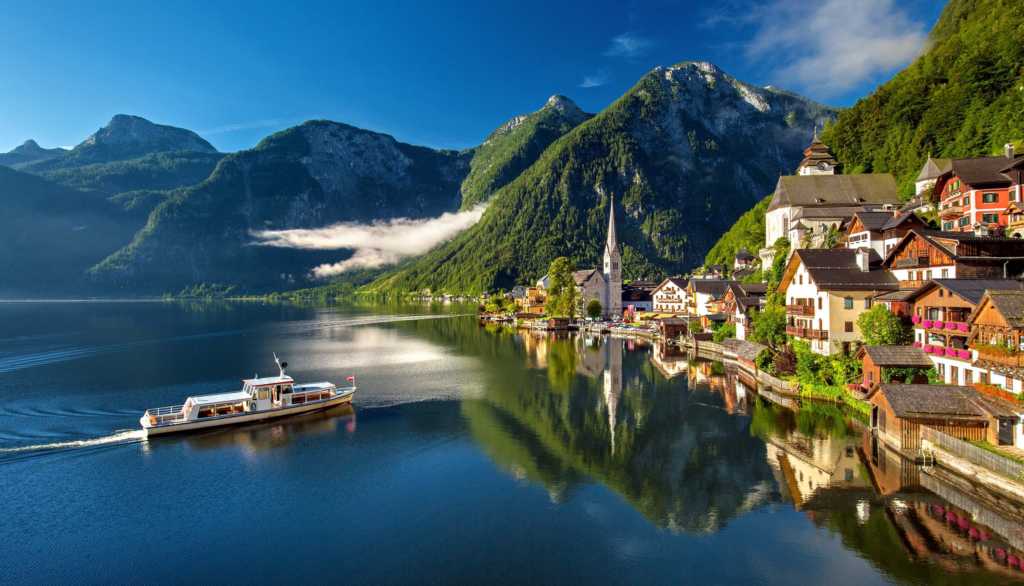 After Breakfast, we checkout from Salzburg. We head to the Railway Station of Salzburg. Board the train to Budapest. The travel time is approx 05 Hours or lesser. Arrive at the Budapest Kelenfoe Railway Station. Head onto the Hotel for the check-in. Have some time spent as leisure in and around the city of Budapest. Try out some Hungarian Cuisines that could give you some beautiful essence into flavors of the country, spend some time shopping or snapping around the city. Overnight in Budapest. 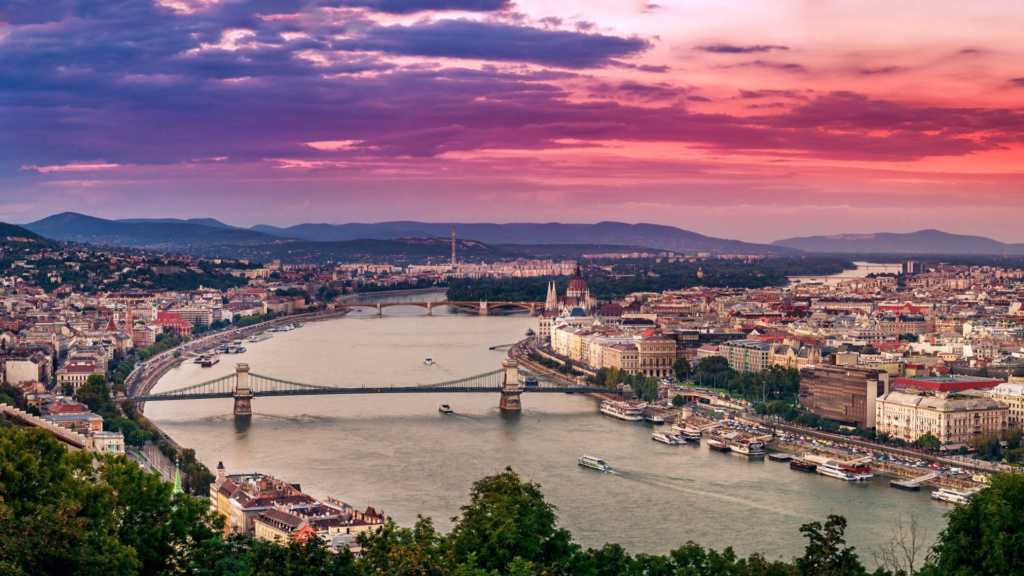 After Breakfast, We make a short visit by bus to Slovakia and drive back to Esztergom, interior visit of the Cathedral and after we show you in Visegrád (the former Royal Residence) a great view of the Danube Valley. After the Lunch we carry on to Szentendre (guided walk in the Artist’s Village) and at the end of the tour we return to Budapest on the Danube by public scheduled boat. The tour ends at the Pier or City Center. Overnight shall be in Budapest 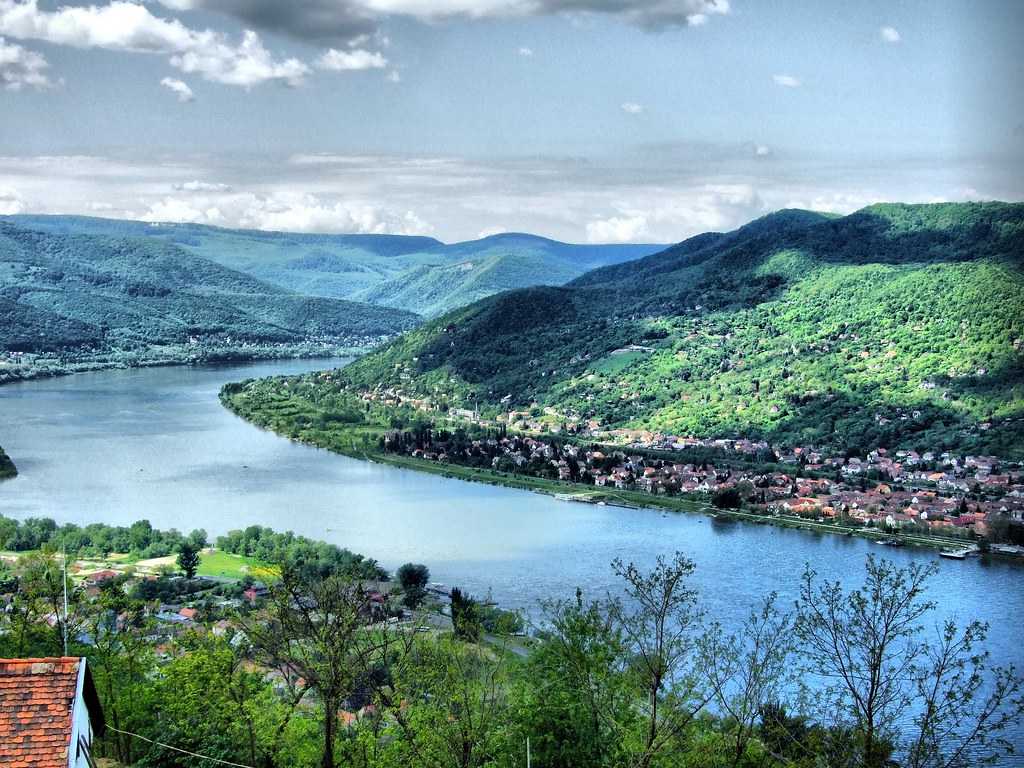 After Breakfast, spend the day at Leisure. By the evening, Step aboard an elegant river cruiser and watch the Budapest panorama slip gently by, you will appreciate why this well-known landscape now proudly forms part of the carefully selected UNESCO World Heritage list. During your cruise you will be serenaded by members of the Zoltan Kodaly Awarded Hungarian Folk Orchestra. Unwind with the soothing sounds of the violin, and be intrigued by the famous Hungarian instrument, the cimbalom. You are also welcomed to request your favourite songs. Feel the fresh air breeze on the open-air viewing deck and gain unparalleled views of the Chain Bridge, the Parliament building, and Buda Castle amongst others. Not only will you be able to see the city’s vivid history, but you will fully understand why the Danube has one of the most beautiful and romantic urban cityscapes the world has to offer. After disembarking from this this truly remarkable voyage, the memories will linger in your mind and heart for many years to come. Overnight in Budapest 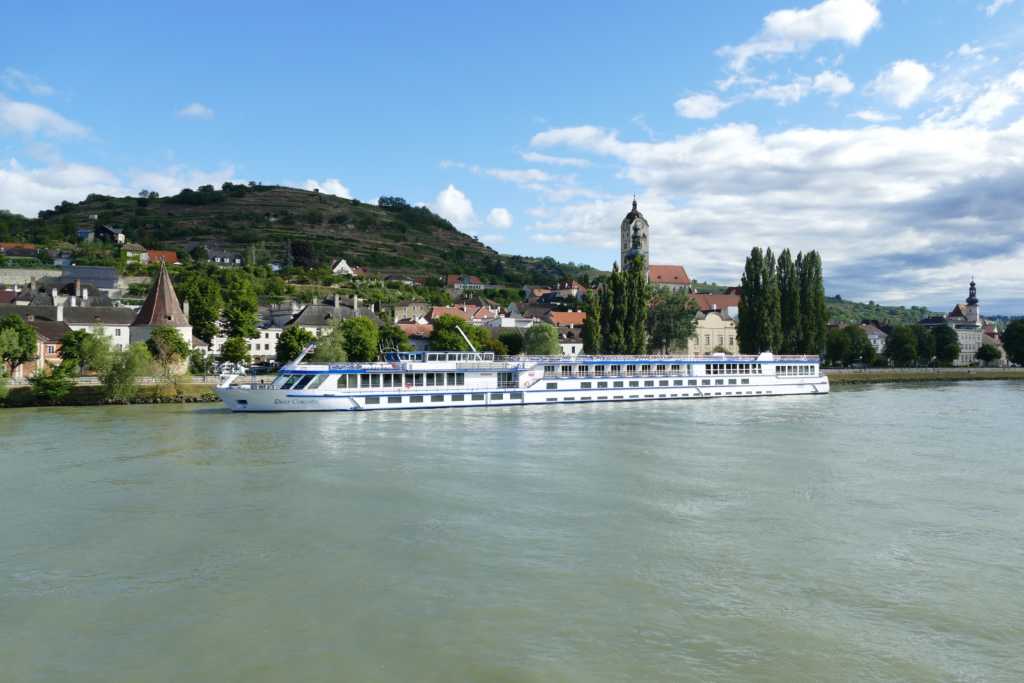 After Breakfast, we check out and proceed to the International Airport of Budapest for our flight back to India.