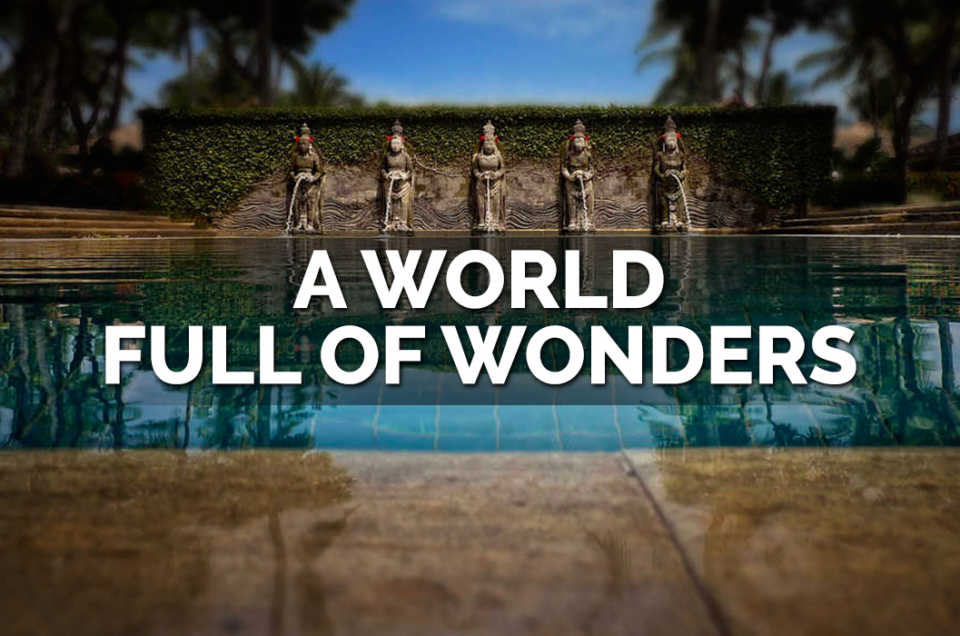 Our world is a place which has great abundance of wonders, some discovered some waiting to be discovered, some made and some in the making. Regardless of whether natural or man-made, it’s difficult to deny the phenomenal excellence and assortment of scenes the world brings to the table. Knowing each and everything is not possible but there are a few things that are of great surprise and brings in a lot of interest to places. Some places are known for things that are peculiar in some way or other, these are the things that make a difference and help these places create an identity.

Let’s take a look at some of such interesting facts about some places that will surely make you want to go there and be witness to all that these places have to boast about.

Here’s MLMT presenting a list of travel destinations and what’s new in store for you there. Ready?

2. Spain: The third largest heritage country according to UNESCO.

3. Switzerland: The happiest place to live in. Certified!

4. Dubai: The city of skyscrapers.

7. Singapore: The land of shopping malls.

Wanted to know more? Well, you can always go to these places and explore them yourself. These facts were just a few of the hundreds and thousands of fascinations all around the world.

Places are waiting to be discovered, so what are you waiting for? Good things in life shouldn’t be kept waiting, especially Vacations!

It’s actually a cool and helpful piece of info. I’m happy that you
simply shared this helpful info with us. Please stay us up to date like this.
Thanks for sharing.

whoah this blog is magnificent i like reading your posts. Keep up the
good work! You already know, many individuals arre looking round for this information, you caan help them greatly.

Unquestionably consider that that you said. Your favourite justification seemed to be at the net the simplest thing to take note of.
I say to you, I definitely get annoyed at the same
time as people think about issues that they just
don’t recognise about. You managed to hit the nail upon the highest as smartly as defined out the whole thing with no
need side effect , people can take a signal.
Will probably be again to get more. Thanks

Hey There. I found your blog using msn. This is a really
well written article. I will be sure to bookmark it and reurn to read more
of your useful information. Thanks for the post. I will definitely return.

I think this is among the most vital info for me. And i amm glad reading yolur article.
But want to remark on some general things, The website style is great,
the articles is really great : D. Good job, cheers

Thank you for the auspicious writeup. It in fact was a amusement account
it. Look advanced to far added agreeable from you! However, how could we communicate?